A downloadable game for Windows

A 40-page Game Design Document with all the information you would ever need is available AT THIS LINK. Story and bosses are spoiled here, so tread lightly if you wish to go in spoiler-free. Design notes and change log are also kept here.

Mask Teasers! Not too many spoilers ;)

This is a Boss Game, which is a Niche genre of games consisting only of Boss Fights (example: Shadow of the Colossus). You will fight these bosses with positioning and skill. Your health and attacks remain the same throughout the game, so the only way to win is to master the controls. Every boss has been tested and defeated in 0-2 deaths, so it is possible! Maybe not on your first run, though...

IMPORTANT! This game is very hard, and you will surely die and get frustrated many times. This is intentional, as you really feel the accomplishment when you finally beat the boss!

I will not spoil anything about the Story here, but you may read the GDD at the top if you want an introduction. However, I can reveal your goal: you will piece together the backstory as you kill 10 bosses, claiming their masks for your collection.

This game is by me, Elijah Budd. It's a passion project of mine and a portfolio piece for getting into colleges. I am a high school student making this game, and my first big game at that, on a $0 dollar budget by myself as a side project, so don't expect anything mind-blowing. That said, under the conditions, it came out rather well. However, being a busy single developer, there are a few bugs to note:
Notable Known Bugs

Controls
The controls are hinted in the game, but I will note them here as well for good measure.

Tip: Bosses have stamina. They can only use their most powerful moves at high stamina, so if you want to prevent their use, bait them into using smaller moves by passing in front of them. 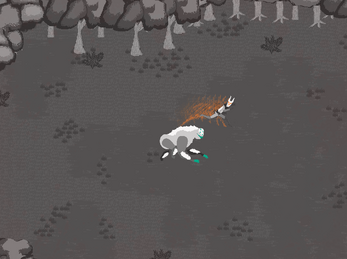 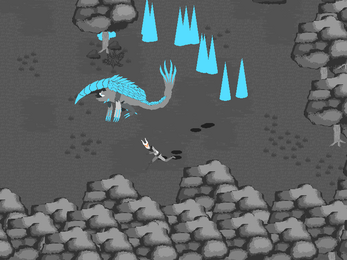 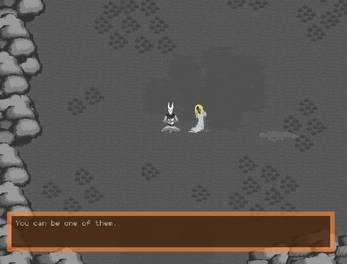 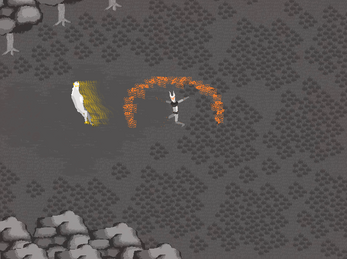